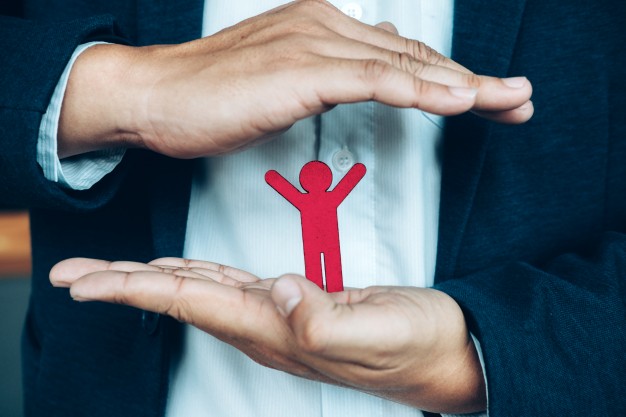 In FY 2018-19 and 2019-2020, many taxpayers have received notices from Income Tax Department proposing to tax the total surrender value received on account of Designated Unit linked insurance policies in the nature of pension without any sum assured or death benefit. The taxpayers are perplexed because at the time of investment in such insurance plans, they believed that such policies shall be fully exempt at the time of receipt but now notices are received for reopening the cases u/s 148 and taxing the total surrender value or maturity value at relevant tax rate.

There are instances where even if the total surrender value receipts is almost same as amount of premium paid and despite the fact that there is no profitability, the tax officials are demanding tax on the entire maturity proceeds/surrender value without giving any deduction of premium paid by citing the provision of Section 80CCC(2).

Hence, this article is written to provide an opinion as to how such situations can be dealt with.

First of all, it is true and to be known that exemption in case of ULIPs in nature of pure pension is not available u/s 10(10D) on surrender of such plan where there are no mortality charges and no sum assured attached to the policy and hence the provisions of Section 80CCC(2) are clearly attracted.

Now, the Provision of Section 80CCC is relevant which is reproduced here:

80CCC (1) Where an assessee being an individual has in the previous year paid or deposited any amount out of his income chargeable to tax to effect or keep in force a contract for any annuity plan of Life Insurance Corporation of India or any other insurer for receiving pension from the fund referred to in clause (23AAB) of section 10, he shall, in accordance with, and subject to, the provisions of this section, be allowed a deduction in the computation of his total income, of the whole of the amount paid or deposited (excluding interest or bonus accrued or credited to the assessee’s account, if any) as does not exceed the amount of one hundred and fifty thousand rupees in the previous year.

(2) Where any amount standing to the credit of the assessee in a fund, referred to in sub-section (1) in respect of which a deduction has been allowed under sub-section (1), together with the interest or bonus accrued or credited to the assessee’s account, if any, is received by the assessee or his nominee—

(a)  on account of the surrender of the annuity plan whether in whole or in part, in any previous year, or

(b)  as pension received from the annuity plan,

Now the following argument may be raised before the tax officials:

For Example, lets say ‘A’ has taken a policy for 5 years with premium of Rs.1,00,000/- to be paid every year. However, A surrenders the policy before completion of term of 5 years and receives Rs.4,50,000/- as surrender amount against the premium paid of Rs. 4,00,000/-. Now, if ‘A’ has not taken any deduction of premiums paid for the respective years, then  the surrender amount of Rs.4,50,000/- on receipt should not be fully taxed as one may argue that the provisions of Section 80CCC(2) is not invokable for the reason that no deduction is taken for the premium paid.

Another scenario arises where deduction is claimed but not fully say for example deduction taken was only Rs.70,000 for pension plan and no other eligible deduction available thereby the limit of Rs.1,50,000/- was not fully absorbed, in such cases, Assessing Officer may take a view that the entire receipt from insurance is fully taxable as once deduction was taken, Section 80CCC is invokable and no separate deduction is available as per provision of Section 80CCC(2). However according to our view only the amount of deduction earlier claimed along with bonus and interest should be taxable.

Emphasis is also laid on Circular no.7/2003 dated 05.09.2003 wherein it was clarified that, “The insurance policies with high premium and minimum risk covers are similar to deposits or bonds. With a view to ensure that such insurance policies are treated at par with other investment schemes, amendments have been made in section 88 and clause (10D) of section 10. The existing clause (10D) of section 10 has been substituted so as to provide that the exemption available under the said clause shall not be allowed on any sum received under an insurance policy issued on or after the 1st day of April, 2003, in respect of which the premium payable in any of the years during the term of the policy, exceeds twenty per cent of the actual capital sum assured. In view of this, the income accruing on such policies (not including the premium paid by the assessee) shall become taxable. However, any sum received under such policy on the death of a person shall continue to remain exempt. The new provision also provides that the amounts received under sub-section (3) of section 80DD, shall not be exempt under this clause.”

Though the above Circular was for earlier Section 88 of IT Act which now stands substituted by Section 80C w.e.f 2006 and hence the ratio of Circular would be equally applicable in the given scenario.

Regarding the applicability of provision 80CCC(2) reference may be made on the decision of ITAT Mumbai Bench in case of Sandeep Sukhtankar vs ITO [ITA No.2690/Mum/2012] dated 18.06.2014 wherein it was held that,

“We  have  heard  the  rival  submissions. AO  had  admitted  that  the  assessee  had  not  claimed deduction under the provisions of chapter VI A of the Act,that he had had received an amount in dispute  by  surrendering  lifetime  pension  policy  and  life  insurance  policy  from  ICICI  Prudential life  insurance. These  two  factors  in  themselves  are sufficient  to  hold  that  money  received  by  the assessee is a capital receipt and not taxable. Provisions of section 2 of the section 80CCC are very clear. In light of the said sub section, we decide ground no.4 in favour of the assessee.”

(a)  property of any kind held by an assessee, whether or not connected with his business or profession;

(b)  any securities held by a Foreign Institutional Investor which has invested in such securities in accordance with the regulations made under the Securities and Exchange Board of India Act, 1992 (15 of 1992),

but does not include—

(i)  any stock-in-trade other than the securities referred to in sub-clause (b), consumable stores or raw materials held for the purposes of his business or profession ;

(ii)  personal effects, that is to say, movable property (including wearing apparel and furniture) held for personal use by the assessee or any member of his family dependent on him, but excludes—

Explanation 1.—For the purposes of this sub-clause, “jewellery” includes—

(b)  precious or semi-precious stones, whether or not set in any furniture, utensil or other article or worked or sewn into any wearing apparel.

The definition of capital asset specifically excludes certain items and insurance policies does not fall under the exception given and hence accordingly, the benefit of indexation and deduction on account of cost of acquisition should be made available.