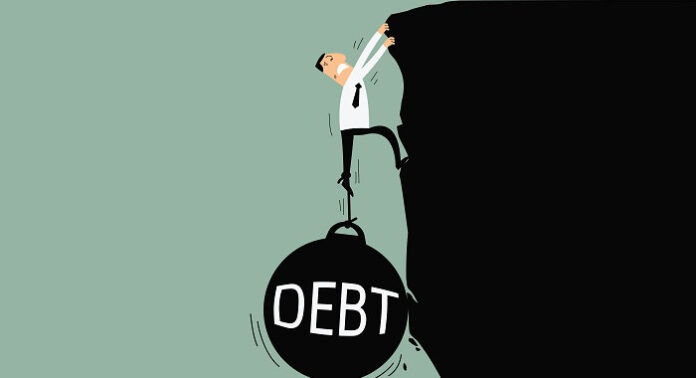 Insolvency and Bankruptcy Code 2016 is the law relating to insolvency and bankruptcy in India. This code was enacted with a view to consolidate and amend the law relating to insolvency and to remove the problem of overlapping legal framework in various laws. It provides the single window resolution of the insolvency and provides that NCLT (National Company Law Tribunal) will be adjudicating authority in case of insolvency of corporate persons and Debt Recovery Tribunal in case of other. This law also barred the jurisdiction of civil courts and other authorities in the insolvency process and section 231 of the code provides that no injunction will be granted by any court or other authority in respect of any action taken or to be taken in pursuance of any order passed by such Adjudicating Authority under this Code.

Petition for insolvency can be filed by the following:

The Financial creditor is defined as u/s. 5(7) of the code as “person to whom financial debt is owed and includes a person to whom such debt has been legally assigned or transferred.

Original code as passed in parliament does not contain any provision of initiation of insolvency proceedings by an allottee under a Real Estate project. However, clause (f) of section 5(8) of the code, which includes the meaning of financial debt provides that “any amount raised under any other transaction, including any forward sale or purchase agreement, having the commercial effect of a borrowing” will be treated as financial debt.

Now the question arises that whether the amount paid by the allottee in the Real Estate Project can be treated as financial debt by invoking the provision of section 5(8)(f) because advance paid by allottee have a commercial effect of borrowing and such advance is paid for acquisition of property in future.

The said question was answered by the National Company Law Tribunal in the case of Nikhil Mehta and Sons (HUF) vs AMR Infrastructure Ltd. [ Company Appeal (AT)(Insolvency) no.  7 of 2017], wherein it was held that amounts raised by developers under assured return schemes had the “Commercial effect of borrowings” which became clear from the developer’s annual return in which the amount raised was shown as “commitment charges” under the head “financial cost”. As a result, such an allottee was held to be “Financial Creditors” within the meaning of section 5(7) of the code.

A Similar view was expressed by the Insolvency Law Committee in its report submitted in March 2018. The committee in its recommendation at para 3 of the report state that “it has been recommended that home buyers should be treated as financial creditors owing to the unique nature of financing in real estate projects and the treatment of home buyers by the Honourable Supreme Court in ongoing cases. Notably, classification as financial creditors would enable home buyers to participate equitably in the insolvency resolution process under the Code”.

The recommendation made by Insolvency Law committee was accepted by Central Government and thereafter an explanation to 5(8)(f) was inserted vide Insolvency and Bankruptcy Code (Amendment) Ordinance 2018, which is read as under

“’Explanation.—For the purposes of this sub-clause,—

Thereafter a large number of writ petitions that have been filed in the Supreme Court challenging the constitutional validity of amendments made to the Insolvency and Bankruptcy Code, 2016, in pursuance of the report of Insolvency Law Committee. The amendments so made deem allottee of real estate projects to be “financial creditors” so that they can initiate insolvency proceedings under section 7 of the code, against the real estate developer. In addition, being financial creditors, they are entitled to be represented in the Committee of Creditors by authorized representatives.

Thereafter Honorable Supreme Court in case of Pioneer Urban Land and Infrastructure Ltd and Anr. vs Union of India & Ors. [Writ Petition no. 43 of 2019] made the following observations:

Therefore Supreme Court upheld the constitutional validity of the amendment made in section 5(8)(f) stating that said amendment is only clarificatory in nature.

Thereafter initiation of insolvency by allottee has been again amended by Insolvency and Bankruptcy Code (Amendment) Act 2020, which provides the minimum threshold for filing of insolvency petition by allottees under section 7 of the code. It is to be noted that said threshold is not applicable to other Financial Creditors. The said amendment is read as under:

In section 7 of the principal Act, in sub-section (1), before the Explanation, the following provisos shall be inserted, namely:

This amendment has limited the scope of imitation of insolvency by home buyers. The said amendment was also applicable to all the petitions for insolvency pending before Adjudication Authority but has not been admitted. This Amendment Act provides a period of 30 days for modification of applications pending before the Adjudication Authority in compliance with the above amendment, failing which the application will be withdrawn.

Thereafter many homebuyers approached the Supreme Court pleading that Amendment made in section  7 of the code is unconstitutional. Home Buyers were more concerned about the condition of compliance with minimum threshold by the pending petitions before NCLT within 30 days. Homebuyers said that it is very difficult for them to meet the minimum threshold within 30 days.

Supreme Court in case of Manish Kumar vs Union of India [Writ Petition no. 26/2020] held that “Status quo, as of today, with respect to the pending applications, shall be maintained in the meanwhile”. And therefore all the pending petitions before Adjudication Authority has not been withdrawn.

Homebuyers are Financial Creditors and can initiate the Corporate Insolvency Resolution Process in the manner provided in section 7 of the code in case of default by Builder. However, their right has always been the subject matter of litigation and amendment. Further, their right has also been restricted by the Insolvency and Bankruptcy Code (Amendment) Act 2020.