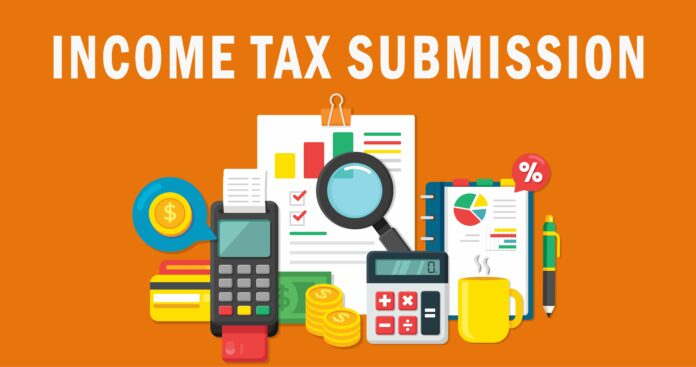 It was 8 pm on the 8th November when heartbeat of every Indian skipped a beat because the Honourable Prime Minister of India announced that since midnight 500 rupee and 1000 rupee currency notes would no longer be a legal tender. The citizens were given time until December 31, 2016 to deposit their old currency in their respective bank accounts.

During the said period there has been a huge cash deposit of cash in all the bank accounts of old demonetized currency (or SBNs). The Income Tax Department had issued notice u/s. 142(1) of the I.T. Act, 1961 to more than 1.16 lakh individual and firms that made cash deposits over Rs 25 lakh after the demonetisation. A stand was taken by many taxpayers that the SBNs deposited were proceeds out of genuine cash sales made during the year and not out of undisclosed income of past years.

In addition to this, the CBDT came up with a Standard Operation Procedure Instruction/Internal Guidance Note for assessing officer with regard to handling of cases related to demonetisation vide circular dated 09.08.2019 in F.no.225/145/2019 – ITA.II. It specifically instructed the Assessing Officers to make a comparative analysis of cash sales, cash deposited (year wise and month wise). The Guidelines also suggested to keep an eye on the special indicators for bogus sales or backdated sales and to further look at the situations described below:

The books of accounts were produced during the course of assessment proceedings and no defect could be pointed out in the same, however still in many instances, the assessing officer has made the addition of cash deposited during the demonetisation period on the pretext that assessee has created fictitious books of accounts. The assessing officer has simply assumed that the assessee had undisclosed income since past many years and the same was deposited in bank account in the garb of bogus cash sales or cash in hand which has been skillfully portrayed in the books of accounts. The addition in such cases has been made u/s. 68 and 69 of the I.T. Act, 1961.

The following arguments may be made at appeallate stage in such cases.

1. Assessee opting to file return u/s. 44AD is not obliged to explain individual entry of cash deposit in bank unless the AO proves that the said cash deposit has no nexus with gross receipts.
2. Cash in hand cannot be ascribed to bogus sales without bringing evidence on record, when assessee had filed Sales & Purchase details like Sales Register, Purchase Register, Sales and Purchase Invoices, Stock Register and the AO had not made any further enquiry.
3. When cash deposited in reflected as cash sales in books of accounts and if the AO has not rejected the books of accounts u/s 145(3), he cannot make any seperate addition for cash deposit.
4.Once assessee’s option to be taxed u/s 44AD is accepted, additions u/s. 68  and u/s 69A is not permissible without proving why s.  44AD inapplicable.
5. Assessee filing return u/s 44AD cannot be asked to prove that 92% of his receipts have been expended.

As demonetisation was a historic event and the issues at hand shall be decided on the basis of judicial precedents, the following judgements would be of relevance to deal with the said issue.

In favour of the revenue:

1. Kale Khan Mohammad Hanif v. CIT 1963 50 ITR 1 SC.
The Income-tax officer had assessed the gross profits of the businesses on the basis of certain percentages of the total sales which had also to be fixed by estimates.

Whether the burden of proving the source of the cash credits is on the assessee?

It was held that the onus of proving the source of a sum of money found to have been received by the assessee is on him. If he disputes liability for tax, it is for him to show either that the receipt was not income or that if it was, it was exempt from taxation under the provisions of the Act. In the absence of such proof, the Income-tax Officer is entitled to treat it as taxable income.

2. CIT v. Devi Prasad Vishwanath Prasad
The High Court, in disposing of the application under section 66(2), expressed that the question again assumes that it was for the Income-tax Officer to indicate the source of the income before the income could be held taxable and unless he did so, the assessee was entitled to succeed. That is not, in our judgment, the correct legal position. Where there is an unexplained cash credit, it is open to the Income-tax Officer to hold that it is income of the assessee and no further burden lies on the Income-tax Officer to show that that income is from any particular source. It is further for the assessee to prove that even if the cash credit represents income, it is income from a source which has already been taxed.

In favour of assesse:

1. Shree Sanand Textiles Industries Ltd. V. DCIT vide ITA No. 1166/AHD/2014.
We also note that the provisions of section 68 cannot be applied in relation to the sales receipt shown by the assessee in its books of accounts. It is because the sales receipt has already been shown in the books of accounts as income at the time of sale only. We are also aware of the fact that there is no iota of evidence having any adverse remark on the purchase shown by the assessee in the books of accounts. Once the purchases have been accepted, then the corresponding sales cannot be disturbed without giving any conclusive evidence/finding. In view of the above we are not convinced with the finding of the learned CIT(A) and accordingly we set aside the same with the direction to the AO to delete the addition made by him.

2. CIT v. Vishal Exports Overseas Limited (Gujarat High Court) Tax Appeal No. 2471 of 2009
Revenue carried the matter in appeal before the Tribunal. The Tribunal did not address the question of correctness of the C.I.T. (Appeals)’s conclusion that amount of Rs.70 lakhs represented the genuine export sale of the assessee. The Tribunal however, upheld the deletion of Rs.70 lakhs under section 68 of the Act observing that when the assessee had already offered sales realisation and such income is accepted by the Assessing Officer to be the income of the assessee, addition of the same amount once again under section 68 of the Act would tantamount to double taxation of the same income.

Section 69A of the Income-tax Act, 1961 – Unexplained moneys – Assessment year 1946-47 – Whether when books of accounts of assessee were accepted by revenue as genuine, and cash balance shown therein was sufficient to cover high denomination notes held by assessee, assessee was not required to prove source of receipt of said high denomination notes which were legal tender at that time – Held, yes.